Welcome to Disney Extinct Attractions. My name is Cole, and I'll be your guide on today's glimpse into Disney's proposed park all about the American past. 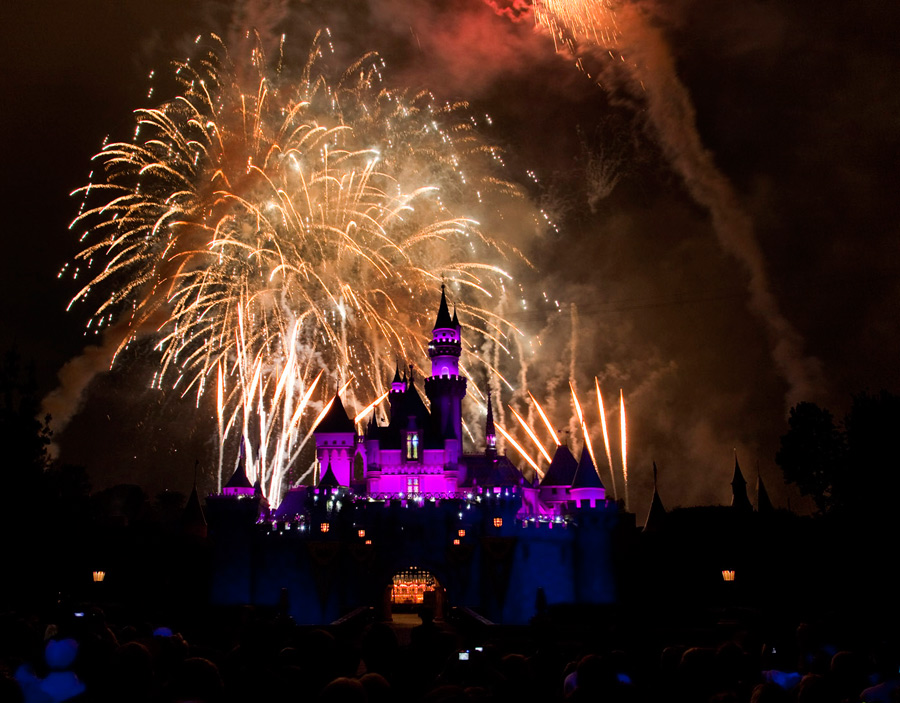 As you are probably well-aware, we are now in 2018. (It still feels a little weird to say that.) This year is going to be such a great year within the Disney company with Toy Story Land opening, Avengers: Infinity War, and Mickey's 90th birthday celebration amongst the many awesome things coming to us.

But sometimes it's nice to look back into the past with the start of the new year, so with that in mind, let's jump back 25 years and take a look at a Disney park that never was.

As I've talked about on this blog before, Michael Eisner declared that the 1990s would be known as the Disney Decade, a self-proclaimed period of unprecedented growth within the Disney company. Of course, it didn't quite end up being the glorious period that Eisner hoped, meaning that there were some casualties in terms of parks and attractions.

As you may know, Walt Disney was a huge patriot and tried to bring aspects of America into Disneyland as seen with Main Street USA and Great Moments with Mr. Lincoln. Because of this drive on Walt's part, the American spirit has always had an impact on the Disneyland experience, so Eisner thought of the idea to expand this American experience to an entire theme park.

In November 1993, the Walt Disney Company announced that it was going to be building a park called Disney's America in Haymarket, Virginia, about 45 minutes outside of Washington, DC. With its $650 million budget, Disney's America would have been the first Disney park located in the Northern part of the United States.

A lot of the plans for Disney's America were actually released to the public, so we have a pretty good idea of what the park, scheduled to open in 1998, would have entailed. There were set to be nine lands focused on different time periods of American history, and we'll take a brief look at each of them now.

The first land was known as Crossroads USA, and it represented the U.S. pre-Civil War, from about 1800-1850. This area would have served as the hub of the park and set the tone for everything else that guests would see throughout.

Continuing around the horn guests would find a Civil War fort, a land that would stage Civil War reenactments for guest entertainment. There were also plans for the park's nighttime spectacular that would feature a battle between two Civil War era ships.

Moving forward in time, the next land was going to be known as Enterprise, and it was representative of the country's experiences in the Industrial Revolution. It was destined for an E-ticket roller coaster that would have sent guests roaring through a factory, all with new and future technology lining the walls to take guests on a historical ride of industry.

With everyone now settled in America, guests could now move on over to a Family Farm. Guests would have been given the chance to learn more about food production, kind of like the Land Pavilion, but themed around a farm.

But one can't work all day at a farm without a little fun, so right next door, one would find the State Fair. With all the magic of Coney Island in the 1930s, the land was set to really feel like a state fair of the time, with a Ferris wheel and wooden roller coaster being part of the fun.

So finally we have arrived at the ninth land, Victory Field, arguably the most exciting of the proposed lands. This land would have put guests right in the center of an airfield from the world wars, featuring exhibits about early planes and even flying exhibitions. But the coolest part was a proposed dueling inverted roller coaster, set to be named Dogfighter. Guests would have ridden either a German or American plane, both of which would have had several near misses while fighting throughout the course of the attraction. Additionally, there were also plans to use virtual reality technology somewhere throughout the land, which would have been especially groundbreaking for the time. Overall, the park would have had a general layout similar to what can be seen above. Everything about Disney's America was unique, from its layout to the type of attractions that were set to be included. I certainly would have liked to have visited it at least once, but I am a little skeptical of how repeatable of a park it would have been. The beauty of the Disney Parks today is that they are all chockfull of timeless attractions that never get old no matter how many times you ride them. However, basing an entire theme park around the history of America would make it feel like more of a museum than a theme park in my mind, instantly dating everything. But unfortunately, we'll never be able to experience it and find out what it truly would have felt like. So what did kill Disney's America?

In the process of creating this park, Disney was in deep talks with the government of Virginia, who were pretty much wholly in support of this project. Disney's America was one of Eisner's pet projects, so Disney was putting everything that they had into making it a reality. They had even purchased some of the land they planned to use before the official announcement was made and the backlash began.

Even though the government had given Disney its support, the public of Virginia was vehemently opposed to the idea. Many citizens were afraid that it would desecrate ground on which many battles had been fought over the years, especially given the idea that Disney would make the park "too" entertaining. Additionally, the state of Virginia was prepared to give Disney a $150 million subsidy to assist with infrastructure improvement and the boon to tourism that would occur. Virginians were not particularly excited to be helping pay for a Disney park, either, so plans began to falter.

But the one thing that I believe was the true nail in the coffin for Disney's America occurred when a spokesman for Disney mentioned that one of the aspects of the park would help guests feel what it was like to be a slave. Disney quickly denounced this statement, but it was too late as editorials instantly began to come from everywhere discussing that Disney was going to make people feel like slaves. In my opinion, this comment simply could not be combatted because it made American history, especially regarding slavery, feel very trivial.

Less than a year after Disney's America, the project was officially shelved in September 1994 because the opposition was too strong. But a few years later, it popped up again as a potential reimagining of a southern California theme park.

Founded in 1920, Knott's Berry Farm has moved from simple family farm to a fully-fledged theme park of its own. In 1997, the park's owners decided that it was time to sell the park, and since Disneyland was only 15 minutes away, Disney naturally emerged as one of the potential buyers. Disney immediately began to mock up some plans for a monorail system that could travel from Disneyland to Knott's, and the idea to resurrect Disney's America began to be thrown around. A lot of the park already had the feel that Disney was looking for with Disney's America, so they would not have had to make a huge amount of changes to form the park into what they wanted. However, the owners of Knott's decided that they didn't want Knott's to lose its essence, so they did not sell the park to Disney in the end, bringing Disney's America chances of being created to an end. Some of the proposed attractions did end up finding a home in Disney's California Adventure, though.

Many of the ideas for Victory Field morphed into Condor Flats, the predecessor to what is today the Grizzly Peak Airfield.

When California Adventure first opened, there was a small dining area known as Bountiful Valley Farm that took its inspiration from Disney's America Family Farm. However, this farm is now also extinct because of Cars Land.

Last but not least, the State Fair managed to have a lot of its aspects carried over to Paradise Pier, most especially the Ferris Wheel and wooden rollercoaster becoming the Sun Wheel and California Screamin'. (Speaking of Screamin', your last chance to scream is January 7th, so make your way over to California Adventure if you can for one last ride.)

Overall, I'm fine with the fact that we never got Disney's America because I fear that it never would have gotten the love that a theme park needs to be successful. Many of the parks created during the Disney Decade were not well received upon first opening, so it's almost a relief that a park as unique as this one did not see the light of day and get butchered.

And that brings our time to a close, but not without a look towards next week's throwback article.

I hope you enjoyed this look back into the past of a park that never existed. I never knew that there was such a controversy regarding the park, so I hope that interested you, as well.