Welcome to Disney Extinct Attractions. My name is Cole, and I'll be your guide through today's look at Disneyland's most beloved extinct attraction (and the winner of this past year's Mouse Madness).

Refurbishment season is amongst us as the hectic holiday season has come to a close. Now this year's refurbishment schedule is wilder than usual as several areas will be getting major facelifts, leading to some new extinct attractions.

Last Sunday, we saw the final day of California Screamin' and Mickey's Fun Wheel as we know them as the area will become Pixar Pier by the time summer begins. Hopefully, these changes will begin the charge that finally leads to a name change for the park because soon half of the park will be Pixar attractions. If you are looking for a better tribute to these attractions and other aspects of Paradise Pier, be sure to check out this article that I recently wrote about them. 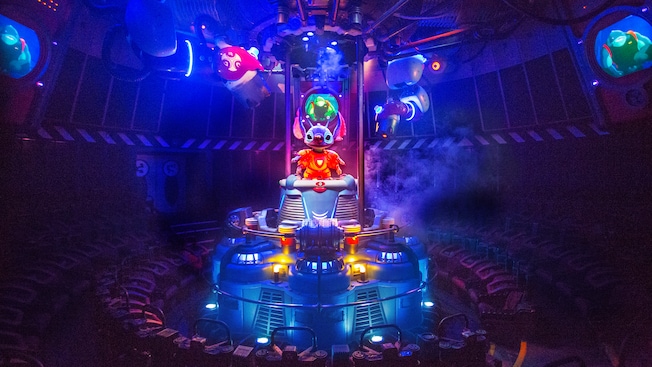 I was also slightly early in condemning Stitch's Great Escape, which returned for a two week to help with holiday season crowds and will apparently stay on standby for the future.

So now that we got a little taste of the present, let's jump back 50 years to see what great ideas the Disney Company was dreaming up then.

During the middle of the 1960s, Walt Disney and his Imagineers were in the full throes of several influential projects, namely the Florida Project and the New York's World's Fair. Within the Florida Project, Walt's real interest laid with creating his perfect community in EPCOT (Experimental Prototype Community Of Tomorrow).

Walt's original plan for EPCOT was to create a community for like-minded people to live, in order to better develop ways to live in harmony. He was worried about how the urban communities of the world were currently set up and wanted to help shape a better future by bringing together doers. Of course, we got the theme park known as EPCOT instead, but not all of the ideas for EPCOT were lost.

One concept that Walt was particularly fond of was the idea of a PeopleMover, a new form of transportation around a city that reduced the need for cars.

The vehicles seen on the left are what a PeopleMover in the original EPCOT might have looked like.

With the Florida Project on the forefront of his mind, Walt agreed to help create multiple pavilions for companies at the 1964-65 New York World's Fair. All but one of the attractions that were created for the attraction live on today, with the one exception being Ford's Magic Skyway.

Disney Legend Bob Gurr was tasked with creating the ride vehicles for the Magic Skyway (something he was particularly adept at as he was Imagineering's go-to-guy for ride vehicle creation, helping with the Autopia cars, Haunted Mansion Omnimovers, and Submarine Voyage submarines, to name a few). Guests on this attraction would sit in actual Ford cars mounted on a track with wheels embedded in the ground propelling the cars through the ride. This ride system allowed for a high theoretical ride capacity because the cars were kept in constant motion and could comfortably seat six people.

Because of the innovative nature of this attraction and the other Disney ones at the World's Fair (it's a small world and the Carousel of Progress both also got their starts there), Disney's attractions were big hits, and the two aforementioned ones both moved to Disneyland. During this time, Disneyland was also undergoing big changes to help Tomorrowland relate more to the tomorrow it was trying to represent (which I went into in the post about Adventure Thru Inner Space if you want more information on that).

One of the changes that Walt wanted to make was the addition of a PeopleMover around Tomorrowland to give riders a chance to see the land in a new way, while also showcasing what he felt would be a beneficial technology for the future of the world. Unfortunately, Walt passed away before New Tomorrowland was completed...

...but not before he got a chance to test out a version of the PeopleMover.

Walt's ultimate goal of the PeopleMover was to use Disneyland as a testing ground for the more expansive PeopleMover that would be included at EPCOT. He viewed the technology as a true prototype for what transportation might entail in the future, and his new version of Tomorrowland would be the perfect place to debut his groundbreaking innovation.

Now you may be wondering where the Ford Magic Skyway fits into this story. The technology behind the propulsion of the Ford cars was a direct precursor to the PeopleMover ride system. The constant motion and high capacity also perfectly lent themselves to the PeopleMover's design. Therefore, the design behind the Magic Skyway vehicles was only slightly altered to fit the PeopleMover when it officially opened in Disneyland on July 2nd, 1967 along with the rest of the first New Tomorrowland.

Guests on the PeopleMover went on a grand circle tour of Tomorrowland. One of the coolest factors of the tour was that guests got to go through parts of the attractions and see them from a completely different point of view.

The "ride through the ride" experience remained essentially the same for the first ten years until the SuperSpeed Tunnel was added in 1977. The tunnel simulated a high speed race using projections along some of the side walls, making the PeopleMover more showy and adding a "fun" element generally seen in Disney attractions.

That wasn't enough though, as the Imagineers then plussed the tunnel by transforming it into a race with the Light Cycles from Tron. Today, you can find the Tron cycles in Shanghai Disneyland and soon in the Magic Kingdom, but the PeopleMover actually started the fun.

This new version, renamed the "PeopleMover Thru the World of Tron," was added on July 2nd, 1982 and actually opened a week before the movie did. Guests fell in love with the chance to ride through the grid from the movie, and I was pretty amazed by it when I saw it, and you can feel that same sense of amazement by checking it out below.

Perhaps the most incredible part of the PeopleMover was that it had a theoretical hourly ride capacity (THRC) of 4,800 people. In comparison, the Haunted Mansion in Walt Disney World has a THRC of 3,200 people, and it is one of the fastest loading attractions at any Disney park. But the PeopleMover beat that number by a full 50%. This ride was created almost 50 years ago, and rides created and refurbished today cannot even come close to the incredible THRC that the PeopleMover had.

But alas, even a huge ride capacity could not save the PeopleMover in Disneyland from joining the list of extinct Disney attractions. In the middle of the 1990s, Tomorrowland again began to not meet the ideal standards for the future that it was intended to represent. So because of circumstances almost identical to the ones that led to the addition of the PeopleMover to the park, it was now time for the PeopleMover to leave the main stage of Disneyland. The whole point of the attraction was to function as a prototype for transportation in the future, but by this point, the technology behind it was no longer innovative and it did not fit within New Tomorrowland 2.0. With that, the attraction officially retired on August 21st, 1995 to be replaced by the Rocket Rods, which opened along with New New Tomorrowland.

The PeopleMover remains a beloved classic amongst the Disneyland fan community, and fans constantly call for its return. The tracks still remain standing, so it would be possible for it to return, but it does not seem like it would be happening anytime soon. (The tracks would need to be completely redone to meet safety standards.) I personally would love to see it come back because I never got the chance to experience it. For now, fans have to be content with the Tomorrowland Transit Authority in the Magic Kingdom at Walt Disney World, which is a wonderful option to have. (And it's also an option that I'll be lucky enough to have now that I'm in Walt Disney World for the week!)

And with that, our tour of the PeopleMover at Disneyland has reached its conclusion. Please watch your hands and feet as you exit the ride vehicle and learn about what we have in store next week.

If you read carefully, that should hopefully be enough clues for you. I hope you enjoyed this look back at one of my very favorite extinct attractions. 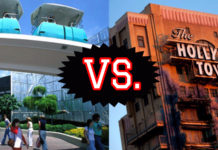 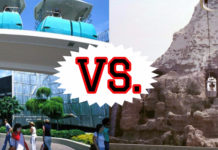 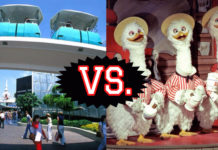