For today's Throwback Thursday, let's go back to the 1996, perhaps the greatest year in Disneyland Park's history with its collection of attractions and shows. But what I think is unquestionable is the summer of 1996 gave us the greatest collection of live entertainment in the park's history. One of the greatest daytime parades ever, a classic nighttime parade saying goodbye, a nighttime spectacular that was still very new and two great musical stage shows, one staged unlike anything seen at the park before or since. I challenge anyone to come up with a better collection. Ladies and Gentlemen ... the summer of 1996.

Playing twice a day in the afternoon was (in my opinion) the best daytime parade in Disneyland's history. The procession marched in to I Just Can't Wait to be King then paused (as long as it wasn't too hot) and performed to a soulful version of The Circle of Life. There were dancers dressed as all kinds of jungle life, incredibly athletic pole dancers, the first Audio-Animatronic in a parade (Zazu), live African drummers and a finale featuring dancing kids pulled out of the audience and even a dove release. There's not been anything like it since.

New for the summer of 1996 is a whole new kind of stage show taking place in the round. The Festival of Fools is based on 1996's Hunchback of Notre Dame. It's a little more artsy than most Disney shows which fits for this more-artsy-than-usual Disney film. In addition to the staging, the lead - Quasimodo - doesn't do his own singing. Instead, four vexilators ("to vexilate is to bear flags!") do the singing for him. The flip side of this is it allows Quasi to be portrayed by a stunt man and there are some great swinging stunts throughout. The Festival of Fools had a cult following unlike anything I'd seen up until then. While I wasn't a true cult member (though I knew many), I did see the show dozens of times. 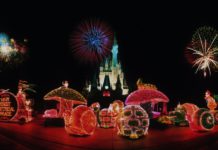 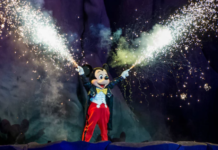 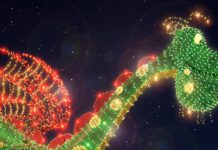