My personal favorite Disney memory of 2015 happened on Thursday, March 12th, at the Disney Shareholder Meeting. It was being held in San Francisco this year making it easy for my entire family to go, so we did. Myself, my wife Rebekah and our six year old son Gideon sat in back in case Gideon was bored and we needed to make a quick exit. Happily, the meeting kept his attention the entire time - as you might guess, being our son, he is a huge Disney fan.

Finally the meeting moved on to its Question and Answer portion. Gideon told my wife he wanted to ask a question. She told him he could, but it had to be a business question since this was shareholder meeting. He thought about it for a while and came up with one: He had heard us "grownups" talking about a rumor that had been going around that Disney's Hollywood Studios was going to change its name. So there's the CEO of Disney - why not just ask him directly? That was the question he came up with, he conveyed it to us, and we thought it was appropriate to ask.

So up to the microphone line we went. At these meetings there are usually more people that want to ask questions than they have time for, so there was no guarantee he'd get a chance. But luck was on our side and he did. This is what transpired (thanks to InsideTheMagic.net for getting the audio of this and adding subtitles):

Our little Gideon became a minor celebrity for the next 24 hours with stories like this one:

"Is the name of Disney Hollywood Studios going to be renamed?" asked Gideon, age 6, during The Walt Disney Company's annual shareholders' meeting on Thursday.

Iger was momentarily stumped by the question, apparently unaware that the company's theme park in Lake Buena Vista, Fla., was due for a name change.

The meeting itself turned out to be pretty tame as Disney shareholder meetings go, but I'll remember forever as my 2015 Disney highlight. 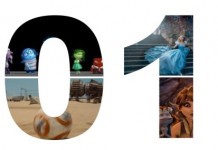 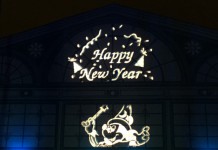