Recently, Disney announced they would be doing a live concert version of The Little Mermaid, synced up to the film, with an all-star cast. The poster with the cast members was released and it was bananas. Sara Bareilles, Rebel Wilson, Tituss Burgess, Norm Lewis, Darren Criss and John Stamos were all announced as starring, along with Alan Menken performing along with them. I believe I read the cast list and proceeded to do this:

However, one cast member stuck out among the rest to produce oodles of glee within me was Joshua Colley. Joshua is 14-years-old and is one of the most talented stage performers I have ever seen. It's nuts how talented he is. I recently became obsessed with everything he's ever done and I am here to share it with you so you can become obsessed as well.

Most recently, he performed as Angelica Schuyler (FROM HAMILTON!) at the annual Miscast benefit for MCC Theater. However, the performance was TOO good. Like, I saw this and now want to be his best friend. I'm currently trying to figure out how. His vibrato, his stage presence, his sass in the role (#WERK) is incredible and makes me feel like a lesser human being.

The "slayer" also already has a Disney credit to his name, as he starred in Newsies as Les on the Broadway. Unfortunately, I didn't see him, probably because the Universe (aka Oprah) hates me (Oddly enough, I believe I did see the Eliza from the above video playing Les, the fantastic Luca Padovan, so it wasn't a total loss.) However, I now want to see him star as Jack Kelley, because that voice needs to belt "Santa Fe" into oblivion. "I GOT NOTHIN' IF I AIN'T GOT SANTA FEEEEEE!" That would be dreamy.

He did star on tour and on Broadway as Gavroche in Les Miserables. Confession Time: I loathe Les Mis. I've tried over and over again, but I just don't care for it. That being said, at a recent BCEFA Easter Bonnet benefit, Joshua became the "Youngest Jean Valjean Ever," and let's just say Hugh Jackman better step aside. The boy can belt like no other. His acting is insane. His growl late in the duet is stupid good. I will love Les Miserables until I die if Joshua is immediately put into a production as the lead. WOW WOW WOW!

His most recent credit was starring in the world premiere of A Bronx Tale: The Musical at the Papermill Playhouse. In just the short clip that was released 2 months ago, Joshua is killing it. Screlting (scream/belting) like there's no tomorrow, keeping his beautiful tone and hitting every note like it's no big deal. I can't even with him. I CAN'T EVEN!

So here's the deal: While everyone may be going for a "big star," they will be coming out of the Hollywood Bowl obsessed with Joshua Colley. I'm hoping that they give him something to sing at some point, because not allowing that voice to be heard is a travesty.

Joshua Colley, keep doing what you're doing, because you are slaying the game. Also, please be my friend. Like, please. 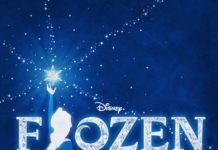 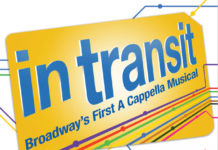