The Disney online fan community has become a strong one. DisneyBounding, cosplaying, Disney tags, YouTube series, etc. has allowed the fan to flourish from a broad love to a very specific admiration for everything about the company by a wider group of people. People have become synonymous within the community just for their die-hard Instagram accounts (I'm looking at you, Francis Dominic. I'm also celebrating you, Francis Dominic). This has allowed for the fandom to spread into the retail world.

Now, retail covers everything, because Disney fans have decided to make everything. Custom Mickey Ears are plentiful on Etsy (purchased). Disney t-shirts with deep-cut references are everywhere (purchased). Beanies are becoming ever popular with character related references on them (my head doesn't appreciate beanies, even if my brain does).

On September 19th, Sarah Sterling (popular Disney content creator of her own YouTube channel and the group channel Thingamavlogs) opened the doors to her first venture into retail with FanFlaire. Her website will be releasing pins based on different fandoms, including, but not limited to, Disney. Expect topical items, like holiday pins around their calendar date or pins being released in conjunction with a film's release date (EX: Moana). She has connections to many people already in the retail space who sell apparel, so she chose to go a different route. Sarah is a huge pin collector, so it was a natural fit to start selling a product she's so passionate about. The interesting thing is how specific the pins can become. Take for example the pin dedicated to Francis Dominic, the Instagram Disney aficionado, who has over 62,000 followers on Instagram. That's the great thing about the Disney fandom creating their own product, as they can get "niche" and reap huge rewards. The demand is strong for pins that support "professional Disney fans" and it's fun to be able to see their followings grow.

Speaking of people who are Disney fans for a living, this brings up Cakeworthy, a store by DisneyBound creator Leslie Kay, and Whosits and Whatsits, a store by Thingamavlogs member Tiffany Mink. Both stores feature clothing based upon Disney films feature specific references, colors, or quotes to amazing effect. I love how a reference or film that may be overlooked by the rest of the public can be a huge seller for these sites (See: Air Herc merchandise from Cakeworthy. That's what we like to call a DEEP cut).

Now, these are just three brands. There are numerous others that are thriving and having trouble staying in stock due to the high demand, which is fantastic.

I can't recommend checking these shops out enough. These are great shops with merch for every type of Disney fan. I am thrilled to see FanFlaire's opening, as well, and I can't wait to see it's future.

Also take into consideration how mainstream brands are also getting into the Disney game, just on a broader scale. Disney Style is becoming a popular site, showcasing major brands (like H&M, Forever 21, UNIQLO, etc) and their clothing featuring and embracing Disney. I am all over it, and all over spending stupid amounts of money on the items. If you happen to see me at a Disney park, chances are I am proudly rocking my 101 Dalmatian Vans. They are the one item I would take if I was in a fire (Sorry, high school diploma).

I am so happy to see Disney and fashion and merchandise combining into a powerhouse on broader and more niche levels. Here's to many more instances of this happening as time moves on.

Cheers to Sarah on her store opening and to the Disney Fan Community!

(This was not a paid advertisement, just a fan wanting to showcase other fans!) 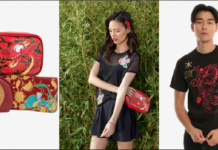 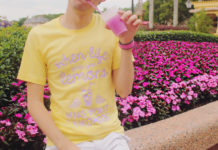 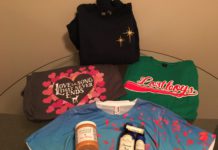 The Boom of Independent Disney Merchandise