The second installment of the Pixar Animation Studios Artist Showcase, Cloud Country, was released on November 3rd. Through this series of children's books, Pixar artists are given a chance to share their artistry and imagination with audiences outside of their award winning films. The first release was Over There by Steve Pilcher, which came out last Fall.

Cloud Country tells the story of the cloud people who live above our land. Gale is a young dreamer who loves to look down on our world and often procrastinates her studying at Formation School. During her big exam, Gale learns that she has something special that will allow her to live out her dreams for the rest of her life.

The Pixar artist showcased in Cloud Country is art director Noah Klocek, who has left his mark on films like Up, WALL-E and Brave. The artwork is fantastic, with excellent uses of shading and brush strokes to breath life into the cloud world that Gale lives in. When the world below is shown, it's like a beautiful patchwork quilt and it's easy to see why Gale loves looking down at us.

While the concept for Cloud Country is Klocek's brainchild, the actual text comes not from a Pixar writer, but from bestselling children's book author Bonny Becker. She does a great job of providing the textual accompaniment to these beautiful pages. Through her words, Kocek's concept becomes a fully realized story.

Fans of Over There should note that the only thing in common is that both books are from Pixar artists. The shape of this book is different, shorter and wider. The theme of Over There was the importance of friendship, whereas Cloud Country celebrates what makes someone unique. Over There's artwork is detailed and semi-realistic, Cloud Country is stylized with visible brush strokes. In other words, the two books are as divers as the talent is at Pixar.

I highly recommend Cloud Country to anybody with children who love bedtime stories, but it's also perfect for adult animation fans. It's a short book full of beautiful art from a little-known artist whose work we've all admired as fans of the animated films Noah Klocek has worked on. It's wonderful that both Disney and Pixar artists are able to share their gifts through these new series from Disney Press and I hope they continue for many years to come. 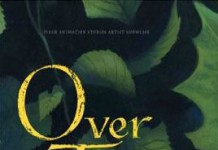