The first screenings of Star Wars: The Force Awakens have just let out in Hollywood and early impressions are coming in on Twitter. The media is barred from releasing full reviews until 12:10 a.m. on Wednesday, but they can give quick overall impressions as can some of the non-media in attendance (celebs, film execs).

So we're collecting some of the early impressions below. And, we promise, no spoilers...

Note: We'll continue to update this as new impressions come in with the newest comments going at the top.

How was Star Wars? Great. Nothing more to say. Just go. #spoilerfree

Holy crap, that Star Wars #TheForceAwakens is so good in the best old-school way! #StarWarsPremiere

No spoilers but #TheForceAwakens is beyond amazing. Truly. It was an emotional experience that exceeded my hopes!!! https://t.co/DX8L8qH9sf

And without spoiling it, I can say that #StarWarsForceAwakens has the BEST final shot of any Star Wars film. Wow.

Yes, I wept next to Paul Lee. Pretty sure he won't judge me too harshly cause he was choked up too.

Note: Paul Lee is the head of ABC

Out of Star Wars: The Force Awakens. This about sums it up: pic.twitter.com/BPECdYffYy

Quite simply: This is the STAR WARS movie you're looking for. #TheForceAwakens

The Force Awakens is soooo Star Wars, and Daisy Ridley is the business, and #StarWars

Short #TheForceAwakens reaction. It's everything you want it to be. See it ASAP. Beware of spoilers. It's funny, fun and exciting.

Not going to say much till I see it again but rest assured THE FORCE AWAKENS is the best STAR WARS since 1983...maybe 1980.

Well, I've seen Star Wars: The Force Awakens. My prediction: #1 at the box office this week.

The Force Awakens is life. Finally, life, back in Star Wars. Warm characters that care for one another and make you care for them.

Star Wars: The Force Awakens spoke to my every emotion. Most of them good, a few not, but overall it was an amazing, overwhelming experience

humor -- #StarWars fans, this is

the movie you're looking for.

Among its many wonderful

blockbuster since the original.

Need to see THE FORCE

AWAKENS again to properly judge the film. Was practically shaking in my seat while it

review: it was epic, awesome & perfect. The cast was stellar. JJ killed it!

This is what we loved about Star Wars. This is Star Wars.

Awesome. The Force has indeed awakened. I can't wait for what comes next. #StarWarsForceAwakens 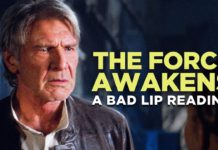 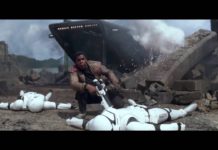 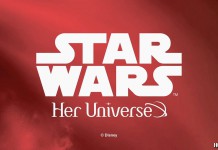