Happy Festivus! Since today is December 23rd, we’d thought we’d celebrate the Festivus season by reflecting on the year in Disney in a way that would make Frank Costanza proud. This includes the traditional Airing of Grievances, the Feats of Strength, a celebration of Festivus Miracles and of, course, a traditional Festivus pole (or “poll” in this case). It’s a Festivus for the rest of us!

First, let us say that Disney does a lot of things we love (otherwise we wouldn’t be running a site about them). However, they are far from infallible. Here are all the ways Disney has disappointed us in the past year:

Aladdin booted from DCA in favor of Frozen
Because of course it was. To be fair, this has the chance to be the first proper Frozen attraction the company has produced after shoehorning the property in anywhere they could over the past two year.

The Osborne Lights going dark
Honestly, most of Disney’s Hollywood Studios is a disappointment right now, but the decision to end The Osborne Family Spectacle of Dancing Lights after 20 years instead of simply relocating them has received a level of scorn usually reserved for ousted Magic Kingdom amphibians.

They announced Star Wars Land at the wrong D23 presentation
When Disney geeks saw the presentation schedule for the 2015 D23 Expo, many were sent into full panic mode. Since the Live-Action and Parks panels were back to back, most fans realized they would have to choose which was more important to them. Unfortunately, those waiting for Star Wars Land announcement to come during the Parks presentation were bamboozled — that piece of info was dropped during the movie portion instead. Womp womp.

What was you biggest grievance this Disney this year? Be sure to vote in our Festivus Poll following the Feats of Strength. The Walt Disney Company is one of the most powerful conglomerates on the planet and this year they proved it once again. This year their acquisition shined and their franchises sizzled like never before. Here's how Disney won 2015:

Star Wars rules the galaxy
In case you somehow weren't aware, The Force Awkens is now in theatres and seems to be doing pretty, pretty good (sorry — wrong Larry David show). It devoured Jurassic World's six-month-old box office record for opening weekend and has already made $300 million domestically as of this writing. It's also make big money overseas and all kinds of Star Wars merch is flying off the shelves this holiday. And to think this is only the beginning...

Ant-Man was better than it had any right to be
Guys: Ant-Man was awesome. It was hilarious, exciting, and served as the perfect wrap up to Phase 2 following Avenger: Age of Ultron. And this was their troubled film! With Ant-Man, not only did Marvel prove once again that they can introduce off-beat and lesser known characters to an enthusiastic audience but can also create genre films (this one was a heist film, essentially) with superheroes in them instead of just making superhero movies

Disney is a merchandising machine
During an earnings call earlier this year, Bob Iger casually bragged that the company currently has 11 franchises that bring in over a billion dollars each year. That’s unreal! This year saw the continued strength of Marvel products and Frozen paraphernalia while Tsum Tsums (introduced last year) blossomed into nothing short of phenomenon and Cinderella saw renewed interest thanks to her live-action movie.

Which was the top misstep in our #Festivus Airing of Grievances? Read about them here: https://t.co/FTrCIrtvTX

Spider-Man comes home
Last Festivus all eyes were still on Sony following the massive hack of their e-mail and other digital systems. One of the pieces of information that leaked during that turbulent time was that Marvel had recently made an attempt to bring Spider-Man into their Cinematic Universe… only to be shot down by Sony. That’s why it was even more surprising when mere months later we discovered that Spidey was indeed coming home. Amazing, indeed!

We made an entire Disney article out of a Seinfeld bit
Another Festivus miracle! 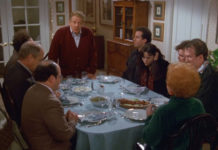 A Disney Festivus Celebration for the Rest of Us! 2017

A Disney Festivus Celebration for the Rest of Us! 2016 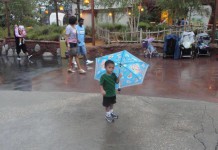