My fellow Disney fans, we are in an age of uncertainty. Disney stock is down 18% off its highs despite the record-shattering performance of Star Wars: The Force Awakens. The future of the cable industry is in doubt with cord cutting rising in popularity. Shanghai Disneyland is about to open in an economy that is in the midst of a rocky ride. Despite these challenges, the state of Disney is strong.

Our film division is obviously stocked with some of the best brands in Hollywood. With $2.28 billion in box office last year and 19.8% market share with just eleven movies, our strong performance in this arena cannot be denied. Keep this in mind: the market share leader brought in $2.44 billion last year. They released 21 films in 2015.

To achieve our success in film, branding helps but ensuring the film is quality matters more. Fantastic Four might have carried the Marvel label, but, without our team, it became a box office disaster. Sony even realized the importance of our creative leaders when they brought them onboard to lead a new Spider-Man film which finally brings Marvel’s most popular character into the Marvel Cinematic Universe.

We also must recognize Kathleen Kennedy and her team at Lucasfilm who broke a myriad of records with Star Wars: The Force Awakens. Her team, along with J.J. Abrams crafted a film that walked the fine line of returning the old while mixing in the new, which has made Episode VII a fan favorite. Looking ahead, we are excited about Rogue One which expands the definition of what a Star Wars film can be.

Nine out of the eleven films we released were considered fresh by Rotten Tomatoes. This speaks to the strong creative leadership at Marvel, Lucasfilm, Pixar, and Disney’s live-action division. Brands only retain their value when supported by quality products. I think we can all agree that our studio, under the direction of Alan Horn, has made strong brands even stronger.

These film brands help support the strong performance of Disney Consumer Products and Interactive Media. With eleven franchises with over a billion in retail sales, our stories continue to be ones that consumers want to bring home with them. By combining Disney Consumer Products with Disney Interactive, the company accomplished two things. First is destroy any walls between the two segments as the line between consumer goods and technology is disappearing. Products like Playmation, Disney Infinity, and Tsum Tsum exist in both realms. Disney is also able to hide if Disney Interactive has returned to unprofitability. Disney Infinity 2.0 did not perform as well as 1.0. While we do not know the results of 3.0 at this time, disappointing results will not look as stark when housed in a much larger business.

On the theme park front, we continue to invest and support Shanghai Disneyland. With 330 million income qualified potential guests within three hours of the park, we are confident that the park will be a success despite the struggles with the Chinese economy. Disney has even increased its investment in the park to ensure we have the capacity to meet the strong demand. Shanghai Disneyland will be an important brand ambassador to the world’s largest emerging market. We are confident that once the people of mainland China experience the magic of Disney that they will fall in love with our stories and characters as the rest of the world has.

Of course, our thoughts and prayers were with our friends at Disneyland Paris following the recent terrorist attacks. We will not let this deter us from our recapitalization efforts that will improve the upkeep and development of our resort. Disneyland Paris has a bright future and we are excited to be a part of it.

Domestically, we continue to reinvest in our parks. The Disneyland Resort has once again reached new heights thanks to the success of the Diamond Celebration. The park’s recent success highlights the need to expand the park that started it all. That work is underway as construction of the 14-acre Star Wars Land has begun. Not to be outdone, we will also be building Star Wars Land at Disney’s Hollywood Studios as part of its redevelopment efforts.

Disney’s Hollywood Studios will also be getting a Toy Story Land as we rebrand the park from one that gave a behind the scenes look at movies, to one that brings the movies to life. Speaking of bringing the movies to life, construction continues on Pandora: The World of Avatar at Disney’s Animal Kingdom. Some might have scoffed at us bringing this franchise into our theme park portfolio, but I believe that when they step into the world of Pandora, they will see true Disney artistry at play. This is part of our work to transform Disney’s Animal Kingdom into a full-day destination. Our first major lynchpin in this strategy opens this spring with Rivers of Light. This new nighttime spectacular will be sure to extend the guests length of stay which will increase their satisfaction with park as well as their in-park spending.

And now to the segment that has been given the most attention. Our media networks contain some of the best programming out there. From Shonda Rhimes TGIT to ESPN’s Monday Night Football to Freeform's Pretty Little Liars to Disney Channel’s Descendants. These are shows that people want to watch. They are strong in social media and they break through the clutter that exists in the entertainment landscape. There is more scripted programming now than ever before. There are more sports on that could have ever been fathomed. But, through our commitment to strong content and the strength of our brands, I am confident that viewers want our programming.

But how consumers watch programming is changing. We must evolve to deliver our content where people are watching. This does not mean that we give it away for free, but it does mean that we need to innovate. We are a partner in Hulu, who recently unveiled their ad-free option. Our suite of Watch Apps allow verified subscribers to watch their favorite shows and events on a myriad of devices. We have partnered with Netflix to not only provide them with our movies but to also create content for them directly such as the hits Daredevil and Jessica Jones. In the UK, we are testing out our own subscription service DisneyLife which gives access to our library of Disney content. While existing deals prevent us from rolling out this service to all territories, we are excited about its prospects. If successful, you can envision a Marvel Life and Star Wars Life as well. This offering is in its infancy, but pay close attention to its progress.

Obviously, cord cutting has drawn a lot of attention to ESPN. While ESPN has faced moderate subscriber loss and sports rights costs continue to rise, we are doing everything to ensure the worldwide leader in sports remains just that. We are controlling costs that have virtually no impact to the viewer which unfortunately is resulting in some layoffs. But people love sports and will want them delivered to them no matter what service they subscribe to. That is why services such as PlayStation Vue and SlingTV is offering ESPN as part of their packages. It is true that this year’s College Football Playoff’s ratings were down due to poor scheduling and some blowout matches. However, next year the playoff falls on a weekend so we think this will continue to be a strong asset for us. How we deliver ESPN may change, but the demand for our premium sports offerings will not. We will continue to deliver ESPN to consumers in a myriad of ways and we will continue to be compensated for it.

I have just over two years left at Disney. I have been privileged to lead this great company through a creative renaissance that has embraced technology and worldwide expansion. By selecting Tom Staggs as Chief Operating Officer, we have elevated an outstanding executive who will ensure that our commitment to growth will continue. While I cannot say if he will be the next leader of The Walt Disney Company, I can say that he has brought many great ideas to our organization. He is always thinking big, whether it was ensuring Pandora had cutting edge technology, expanding the Downtown Disney transformation into Disney Springs, or ensuring we made a big statement when bringing Star Wars into the parks, he knows that Disney will not be successful if it just rests on its laurels.

2015 has been a great year for Disney, but we must always be looking forward. With the talented work of 166,000 employees, cast members, crew members, and Imagineers, we can face any challenge the worldwide economy or disruptive technology can bring to us. It is important to maintain our commitment to quality and our guests as that is the true secret to making Disney successful.

Thank you very much. TTFN 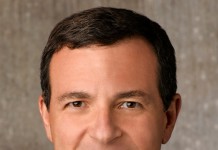 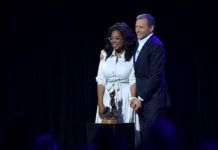 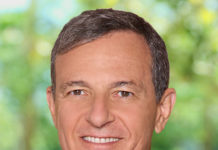