By now, unless you have been living under a rock, you have a pretty good idea about the 55th Disney Animated Feature Film, Zootopia. The story of Judy Hopps, a bunny cop, and Nick Wilde, a sly fox, a very unlikely duo exploring the massive (and sometimes mini) areas of Zootopia to try and solve a missing mammal case. If only the story of the creation of the film was that easy to sum up!

I, along with a handful of other press had the chance to sit down with the some of the writers and the directors of the film at Disney's Animal Kingdom Lodge and find out what really went into bringing the amazing film to the big screen.

Having the chance to speak with Phil Johnson (co-writer), Jared Bush (co-director and co-writer), and Clark Spencer (producer) gave us a chance to find out how Zootopia changed from one of its initial stories — a spy film set on a single island — to a "bunny cop" mystery set it the massive world. One of the most interesting pieces of trivia came when it was asked why it was a bunny and a fox what made up the main characters. Apparently that had been part of the story from the beginning due to Byron Howard (another co-director) and his love of the early Disney Animated Feature Robin Hood and a fox's natural prey is, of course, a rabbit. With 64 different species of animals featured throughout the film, it could be very easy to lose the focus of the beautiful world, but one of the things John Lasseter said to them was to "let the city be a character." It wasn't until they started placing habitats as opposed to just a variety of animals that the world of Zootopia fell into place. When asked about some of the research that went into the film that made it into the film, Johnston pointed out that he felt he brought in more of the human feel to the characters, even to the point where he told the story of one of his relatives asking "how will you handle success when you've had so much failure in the past?" which lead to a very funny scene between Judy and her father when she is leaving Bunnyburrow.

As we wrapped up our time with Johnson, Bush, and Spencer, the last question that I feel really showed that the room of grown adults had bought into this film was "what do the characters eat?" Because the story is about predator and prey living together, they don't eat each other — they eat insects and plant based proteins.

Byron Howard and Rich Moore, the co-directors of Zootopia, also came in for a sit down with us. I could tell just from their reaction to our praise they were just making a story they loved and not the "next Disney Classic" as I have been calling it. When asked about what they each brought from their previous Disney Animated Feature Films into this one, Moore compared the vast worlds of Wreck-It Ralph to the areas of Zootopia and talked about the heart of the lead characters and the relationships they share that really brings you into the film. Howard piggybacked on this, saying the relationships he has in Tangled  where similar to this film even though that was a love story and this film is focused on a team. He also said both films still had the same amount of heart. Howard also spoke about the comparison between Flynn in Tangled and Nick in this film. Nick Wilde's character as you find out in the film has a moment in his past that made him cynical to the world similar to how Flynn just "wanted a castle." Moore went further into the creation of the world of Zootopia and how, as a child, he would read Richard Scarry books and could never really buy into it them. That's why he wanted to make this film believable.

One of the true "behind the scenes" moments happened when the duo were asked about a scene in the film that just fell into place and it was revealed that, up until about a year and a half ago, Nick Wilde was going to be the lead of the film. It wasn't until they took an early version to screen at Pixar and Andrew Stanton pointed out their error. "You are introducing the film thru Nick's eyes who is a cynic. Nick doesn't like the city therefore I, as an audience member, can't root for the city" he said, at which point they flipped the story and put the more idealistic Judy in the driver's seat. Bringing Nick in later "fixed the entire story." Without spoiling the film, there are some serious undertones that almost mirror our world today which will hopefully open up discussions with families down the line. When asked about how the management of Disney reacted, Howard and Moore talked about one of the preview screenings where Bob Iger and Alan Horn walked up to them after and thanked them for making Zootopia.

Come back on Wednesday for my time with Nick and Judy, Jason Bateman and Ginnifer Goodwin at this event. 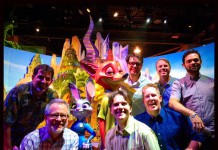 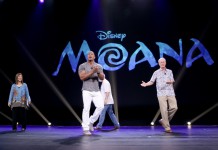