To celebrate the release of Disney’s newest (adorable) film, Zootopia, the El Capitan Theatre held a festival showcasing some other great animated features put out by the Zootopia team. I was fortunate enough to attend a few of these events. My favorite night by far was Big Hero 6 because of a range of things, including multiple surprises, the overall crowd energy, the energy of the special guests, and the beauty of one of my favorite films being shown on the big screen.

The night began early for me because I knew there would be a lot of traffic and closures for Awards Week. I was also incentivised to arrive early because I had been informed that the first 75 arrivals of the evening would receive a wristband that allowed them to go to a special meet and greet with the film’s director. I finished dinner and arrived around 4:30 to join the already-formed line. Many of the people in line were now familiar faces, and it was a bonus to connect with several other Anaheim locals and make some new friends while waiting together. Luckily for us, the early birds got the worm and in, this case, worm means a lovely red paper wristband!

Everyone who attended received a commemorative painting featuring artwork from the evening’s film. Another perk of the wristband meant the privilege of having our copies signed! As with the night being my favorite overall, the Big Hero 6 artwork was also my favorite of the evenings I attended. Downstairs, wristband holders got another exciting surprise. This evening, the meet and greet with Director Chris Williams also included Producer Roy Conli and voice talents Ryan Potter (Hiro) and Scott Adsit (Baymax)! All four of them were really awesome, and it was amazing getting the opportunity to talk with them about their work and take pictures. What a friendly bunch! Upstairs, audience members were treated to the sounds of the Wurlitzer organ, played by El Capitan’s very own Rob Richards. Among his selections were songs from Mary Poppins, The Little Mermaid, Aladdin, and more. It became full-on audience participation sing-along when he began playing "Let It Go." When the crowd was at the pique of excitement, Williams and Conli took the stage. They talked about a few of their favorite moments and launched into a comical introduction of Potter and Adsit. The voice talents appeared on stage to generous applause after quipping back and forth a bit.

I was lucky enough to score the first question of the night and I used it to ask each of them about their favorite moment of filming. Potter's answer was by far my favorite:

Another poignant question asked Williams and Conli about their start in animation and I wanted to include their answers in video form so that you could get a sense of the comedy and energy that Ryan Potter brought with him to the stage all evening:

Like most throwback films, they also had a raffle with some amazing prizes.

Among the favorites was a giant (and I do mean taller than my five-foot-nothing self) Big Hero 6 movie poster, autographed by all four guests as well as a couple of one-of-a-kind pieces of concept art for the film. Rather than being the typical call and receive raffle, the humor and energy of Potter and Adsit made it amusing, as they invited everyone into their jokes and humor. There were a few people in the crowd who had never seen the film before and I have only seen it once myself (and on an iPad mini screen at that), so watching it on the big screen was quite the treat. Without giving away any spoilers, this movie perfectly married Disney with Marvel — all the superhero action of a Marvel film but all the tenderness and heart of a Disney classic. If you have not yet seen this movie, then what are you waiting for? In my opinion, it is one of the best films to come out of Disney and I can’t wait for the sequel! 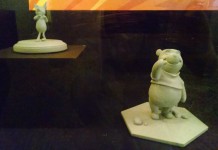 Countdown To Zootopia: Winnie The Pooh — All Stuff, No Fluff 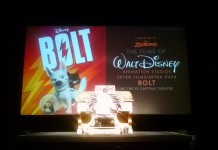 Countdown to Zootopia: Bolt — A Chance at Redemption? 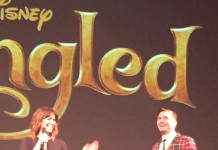