Ralph and Vanelope are back and they’re taking on the internet! In a special live video on their Facebook page this morning, Walt Disney Animation Studios, with the help of star John C. Reilly, announced that Wreck-it-Ralph 2 is in the works and is expected to hit theatres March 9th, 2018. Back in 2012, I was at the Wreck-it-Ralph panel where the stars and creators talked about the film about four months before it was released. Rich Moore (director) and Phil Johnston (writer) both showed an incredible amount of enthusiasm about not only their story but also their love of video games and popular culture. So it may surprise some that the main focus of the sequel seems to be about internet culture as opposed to video game culture. From the teaser image that the studios released, we see Ralph and Vanelope towering over a visual representation of the internet with fake versions of real-life websites: Gügle (Google), Amazing (Amazon), and others represented as buildings. If I were to guess what this represents, I’d say the plot of the film revolves around Ralph entering into the internet on some sort of adventure. The departure from the video game focus might dissuade some, but I have a feeling that the possible commentary that the film could have towards the internet could be a lot of fun and possibly enlightening like Zootopia’s social commentary.

Knowing that the original cast and creative team are all returning gives me reassurance that the script and story must be worthwhile in some way. And with Walt Disney Animation Studios’ recent series of hits, they must be doing something right. 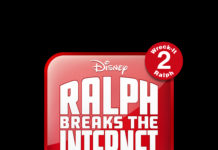 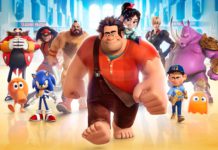 10 Great Disney Films That the Oscars Forgot About 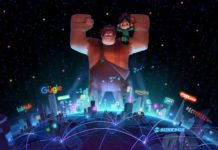