Tangled the Series began last spring and premiered with a musical movie event, Tangled: Before Ever After. Since then, there have been 19 adventurous episodes in the first season so far with 3 yet to air and a second season already ordered. The show finds its second DVD release centered around the double-length musical episode, Queen for a Day.

When King Frederic and Queen Arianna leave Corona on a trip, Rapunzel is put in charge and discovers that being queen isn’t so easy. Her friend Varian is studying the mysterious rocks that made Rapunzel’s hair grow back and during an accident, his father gets trapped inside. And when a blizzard strikes and Eugene takes off to save her parents, Rapunzel finds herself feeling helpless and unfit for the duties required of a leader. But thanks to Cassandra, she just might be able to pull this off.

Like the premiere movie, Queen for a Day features four new original songs by Alan Menken and Glen Slater. “I’ve Got This” is a fun song by Rapunzel, Casandra, and Eugene. Jeremy Jordan as Varian finally gets the chance to sing on “Let Me Make You Proud.” There’s also a new Snugly Duckling classic in “Listen Up.” All of the songs from this episode are available as a digital album.

While individual episodes of the series find Rapunel and her friends on fun adventures, this is the first episode that feels like it makes progress on the main underlying quest to uncover the mystery of the rocks. It’s also the first musical episode since that premiere, making it feel more like an event. In fact, the episode was such an event that Shop Disney sells a doll set featuring these wintery outfits.

In addition to this 46-minute episode, there are four shorts as bonus features. I question Disney’s decision to not include additional full episodes from the series to fill the entire disc space, but this seems to be their latest trend. But if you or your child are big Rapunzel fans, this TV special is worth adding to your collection.

Inside the Journal Shorts

Tangled: The Series - Queen for a Day arrives on DVD in a standard black DVD case without a slipcover. Inserts include a code for 100 points from Disney Movie Rewards and a flier for Disney Movie Club.

This disc uses Disney’s FastPlay service, allowing the feature and bonus features to play without a visit to the menu. If you let it run its course, you get a trailer for Disneynature Dolphins before the episode and shorts. After the episodes, there are additional ads for Disney Movie Rewards and Disney Now.

Tangled: The Series - Queen for a Day is a fun double-length musical episode that makes progress on Rapunzel’s quest to uncover the mystery of the rocks that made her hair grow back. Fans of the series will love adding this to their collection. However, a few bonus episodes would have made this an easier purchase for anyone on the fence. 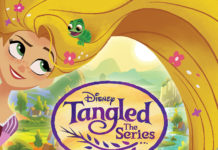 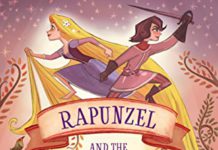