I can't think of another Disney project that has had a weirder release history than Olaf's Frozen Adventure. Debuting in theaters with Coco, there was a little bit of backlash due to the length of the 21-minute special, originally made for TV, extending an already long theatergoing experience. It was pulled from theaters two weeks later, only to be broadcast on ABC a few days afterwards with little advertising. And with less than 24-hours notice, it is now available in Digital HD paired with 6 classic Disney shorts that have also received HD upgrades.

The song-filled special finds Anna and Elsa celebrating their first Christmas since the events of the original film. They decorate the palace and plan a big feast, surprising the kingdom with a party invite that gets rejected because everyone needs to spend time with their families partaking in their traditions. Not having any of their own, Olaf sets off the learn about holiday traditions that he can bring back to Anna and Elsa as a surprise.

The special includes four new songs written by Kate Anderson (sister of Kristine Anderson-Lopez) and Elyssa Samsel. "That Time of Year" is Olaf's own jingle and the catchiest of the new tunes. But the tone is set by the opening number, "Ring in the Season." Kristoff gets his own short song ("The Ballad of Flemmingrad"), but the closing number "When We're Together" feels destined for Christmas classic status.

Overall, the special adds nothing new in terms of character development, but allows fans to linger in Arendelle with some more winter fun. It celebrates what the holiday season is all about, family and togetherness, and wraps it all up in a sparkly blue package that families will love revisiting perennially.

The advertised six bonus stories are all classic Walt-era shorts, lovingly restored in HD, half of which presented this way for the first time in forever (an asterisk appears next to those making their HD debut with this release). When you combine these shorts with the main special, it brings the total runtime to almost 70-minutes. Each short features a quick animated intro of Olaf doing funny bits of animation and can be viewed individually or as a "Play All" package with the special.

As one would expect, Olaf's Frozen Adventure looks stunning in Digital HD. The icy landscape comes to life and black levels are handled well, particularly during the ice tree finale. The bonus shorts haven't looked this good since their original release (I presume), retaining a light level of grain with colors that feel accurate for the era. The HD restoration brings out new details and you can almost see the pulp of the paper in the watercolor backgrounds.

Olaf's Frozen Adventure is obviously a must-have for Frozen fans, but Disney animation buffs will justify the purchase price for the restored shorts alone. My secret wish is that it will create a new generation of fans interested in these classic shorts and convince Disney to finally release all of them in HD, if not on Blu-Ray than in digital bundles. At the very least, they should release the entire HD remasters of Melody Time and its sister film, Make Mine Music. 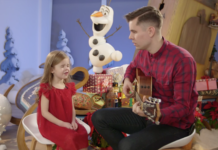 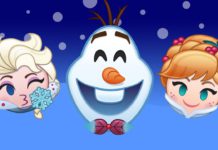 Olaf’s Frozen Adventure Gets “As Told By Emoji” Treatment 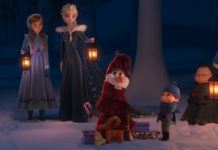 ABC to Air “Olaf’s Frozen Adventure” This Year After All