“The iOS version of Disney Infinity has always attracted our largest audience, so we wanted to do something special to celebrate its launch. I can’t think of a more appropriate digital exclusive than Sam Flynn and Quorra from Tron,” said John Vignocchi, Vice President of Production, Disney Infinity.

•       Sam Flynn: Son of brilliant videogame creator Kevin Flynn, Sam is ready for action. His skilled Lightcycle maneuvers make speeding around the Grid and outsmarting his foes a breeze.  Wielding his Identity Disc, he battles his way to become a User that Programs revere.

•       Quorra:  A rarity among Programs, Quorra, a fearless warrior, leaps her way into Disney Infinity. Don’t let her gentle nature fool you – she’s a true warrior at heart. Using her Katana and Identity Disc as weapons, Quorra is one Program you don’t want to cross 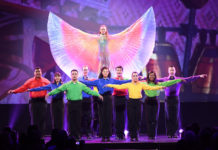 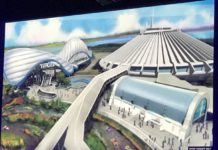