Premiering on PBS SoCal on Thursday, December 17 (at 7:00 pm) is “Richard M. Sherman: Songs of a Lifetime,” a first-of-its kind showcase of the accomplished composer/lyricist, highlighting 60 years of popular songs, many written in collaboration with his late brother, Robert B. Sherman. It’s a one-hour studio performance with Sherman at the piano telling tales behind the music, singing songs and performing with friends: Broadway star Ashley Brown, acclaimed stage performers Juliana Hansen and Wesley Alfvin and The Barbershop Quartet (Jim Campbell, Jon Schoenherz, Drew Tablak and Wesley Alfvin ).

The show is expected to be broadcast soon in other major cities but firm dates have not been confirmed. The songs of the Sherman brothers have been a part of our lives for six decades, from their first song hit - the rock & roll classic “You’re Sixteen” - to their Oscar-winning score for “Mary Poppins” - to the world-famous international anthem - “it’s a small world (after all).”

Produced by film producer/director and writer Don Hahn, the show features Sherman visiting the Sherman brother’s songbook for films, TV and beyond, plus a few of his own compositions. It’s a beguiling, charming and heart-warming visit with one of America’s most beloved tunesmiths whose songs transcend generations and are known the world over. 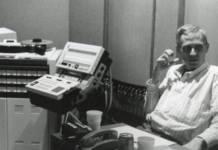 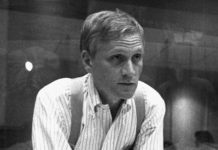