Today, Gameloft, in collaboration with Disney, announced the second major update for Disney Magic Kingdoms, introducing Disney●Pixar’s “The Incredibles” multi-week event, including a cast of new characters, attractions and quests.

The first multi-week event features the super hero family from Disney●Pixar’s “The Incredibles,” a movie first released in 2004. In this action-packed update, players welcome Mrs. Incredible who kicks off the in-game event by investigating a disturbance in the Park. Eventually players also welcome Mr. Incredible, Violet, Dash and even the icy Frozone to aid in the search for the source of the destructive Omnidroids.

Also new in this update is the Jet Packs attraction and several decorations inspired by the brand-new Shanghai Disneyland Park in China, which opened its doors officially on June 16, 2016.

Check out all of the “Incredible” features!

Disney Magic Kingdoms is free-to-play for iPhone, iPad, iPod Touch, Android and Windows Phone. The game allows players to enter the timeless world of Disney and experience magical moments of the Parks by building with fun attractions like Space Mountain, California Screamin’ and it’s a small world, and sharing spectacular moments with beloved Disney characters from Disney●Pixar’s “WALL·E” and “Toy Story,” Disney’s “Tangled” and more. Additional game updates will be announced throughout the year. 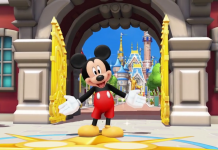 App Review: Disney Magic Kingdoms — Help Save the Happiest Place on Earth (with Your Smartphone) 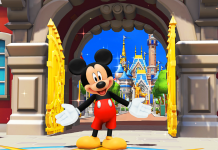 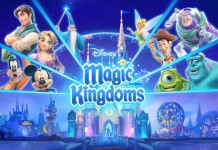