Today, ABC's The View hosted the second of their week of live broadcasts from Disney's Animal Kingdom in Walt Disney World. Like yesterday, today's show included some fun discussions about the parks and Disney-themed bits in addition to the standard hot topics. Plus, today's guests included View alum Sherri Shepherd along with Sophia the First and Modern Family star Ariel Winter.

First up, Sherri Shepherd talked a bit about her time hanging out with her son in the Walt Disney World parks. This included a ride on the Seven Dwarfs Mine Train, which she says is much scarier than you'd expect:

Later in the show, Ariel Winter stopped by for her first appearance on The View. She shared with the panel how her name may or may not have been Disney-inspired before heading into a Rapid Fire round of Disney questions. Heads up — her choice for favorite ride could surprise you:

Finally, host Joy Behar admitted she had never seen a Star Wars film. To get her up to speed, she headed over to the Jedi Training Academy stage to get the low down from experts: kids

Stay tuned for more from The View's week at Walt Disney World — and be sure to check out our highlight round-up from yesterday's show. 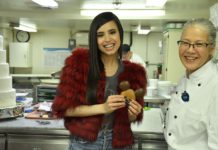 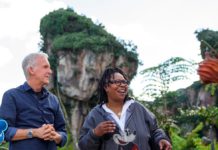 The View at WDW: Disney Name That Tune with Mandy Moore, Pandora Sneak Peek, and More 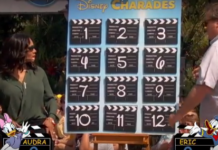 The View at WDW: Disney Charades with Eric Stonestreet and Audra McDonald, the Girls Hit Up the Rides, and More Highlights from Day 3