This morning, ABC's Good Morning America was the first of four ABC shows to take an early tour of Pandora - The World of Avatar coming to Disney's Animal Kingdom. Imagineer Joe Rohde and Producer Jon Landau both appeared on the program to discuss the land and what guests can expect from the experience:

Later today The View will also take a look a Pandora, followed by The Chew and Nightline. Stay tuned.

UPDATE: Paula Faris also shared a look at Pandora on tonight's Nightline. While her segment recycled some of the footage from her GMA package, it also included a chat with director James Cameron, a ride on the Na'vi River Journey and more: 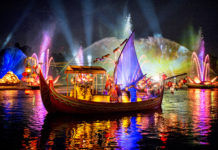 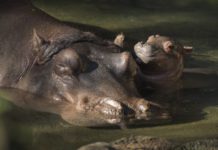