As part of the Disney Parks presents A Conversation With..., folks from the Disney Design Group welcomed a special guest, Her Universe creator and all around Star Wars Fan Girl Ashley Eckstein. Ashley shared how in the early days of Her Universe she approached Disney and came to Star Wars Weekend with a few shirts that sold out the first weekend.
Echstein began by showing some of her Star Wars upcoming releases, including her current love of poodle skirts. One of her latest projects is her Rey inspired jacket showed with a classic Her Universe "May The Force Be With You" shirt. Moving on from Star Wars, three new patterns were teased. The first two are Haunted Mansion inspired with a take on the ballerina portrait from the stretching room and a more understated ballroom dress designed by Ashley Taylor, whom Ashley Eckstein told to go ride Haunted Mansion as many times as she could to come up with a design. The last upcoming design was something Ashley has been wanting to do for a long time based off the classic Disney attraction the Mad Tea Party. Ashley is a huge Alice in Wonderland fan and confessed to us at times she believes she is Alice. With the tea cup design skirt and a cardigan style top with door mouse in the tea pot breast design and tea pots all over the top, Ashley let us know she is working to bring more of this style to life for women who want to wear to Dapper Day or just to live in. 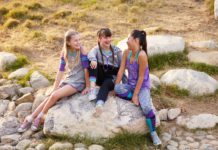 Disney and Her Universe Expand Relationship into New Products 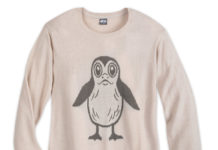