Chinese actress Liu Yifei, also known as Crystal Liu, has been cast as Mulan in Disney’s upcoming live-action film, which is inspired by both the legendary ballad and the Disney animated classic.

In the original Disney film, Ming-Na Wen voiced the character while Mark Henn was the supervising animator.

The film is being directed by Niki Caro, with Jason Reed, Chris Bender and Jake Weiner producing, and Bill Kong executive producing.

Disney promises that additional announcements regarding Mulan will be made in the coming weeks. 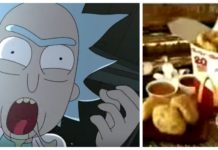