It looks like the popular 90's drama Party of Five could be coming back to television, although in a rebooted form and on a different network. According to Deadline, Freeform has just ordered a pilot for the former Fox show, which will add a new twist to the original series' premise. In the original, the five siblings were orphaned after their parents were killed in a car accident while the new version finds a quintet left alone after their parents are suddenly deported to Mexico. The original show's creators Chris Keyser and Amy Lippman will pen the pilot along with Michal Zebede. Party of Five ran for six seasons on Fox and starred Scott Wolf, Matthew Fox, Neve Campbell, Lacey Chabert, and Jennifer Love Hewitt. Incidentally, this pilot order is not related to Disney's deal to acquiring most of 21st Century Fox — while it aired on Fox, the program is produced by Sony Pictures TV. 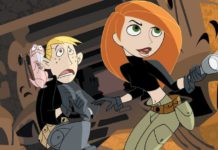