Freeform announced that Sofia Carson (“Descendants”) has joined the cast of the drama pilot Pretty Little Liars: The Perfectionists. Carson will play Ava, a beautiful trendsetting blogger and coder, who strives to be a fashion icon.  She joins Pretty Little Liars stars Sasha Pieterse and Janel Parrish in the spinoff pilot.

Carson will also appear on the upcoming season of Freeform’s series Famous in Love, which like Pretty Little Liars: The Perfectionists is executive produced by I. Marlene King.  Carson will guest star on the series as Sloane, the daughter of a movie mogul, who becomes entwined with Paige Townsen and her friends.  The second season of Famous in Love will premiere on Wednesday, April 4th at 8:00 PM ET/PT on Freeform, streaming, and on demand.

.@IMarleneKing isn't keeping this one secret anymore. It's true! @SofiaCarson has joined the cast of spinoff pilot “#PrettyLittleLiars: The Perfectionists.” pic.twitter.com/z3muRpbUkc

Carson stars as “Evie” in Disney Channel’s global hit Descendants. She is also a successful recording artist signed to Hollywood Records/Republic Records. To date, her music videos have amassed over 345 million views and she has a legion of fans with over 11 million followers on social media. 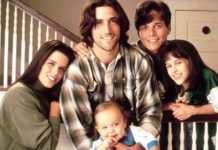