ABC News announced comprehensive coverage of the 2018 midterm elections and 18 consequential races to watch from now until November. “18 for '18” will feature reporting by ABC News’ powerhouse political team on the overall themes of the midterms giving context, analysis, and insight into what is most important to Americans across the country.

Coverage kicked off today on “This Week with George Stephanopoulos,” featuring a report on the 2018 midterms and the House of Representatives special election taking place next month in Pennsylvania’s 18th congressional district. Coverage continues on “Nightline” on Monday, February 5.

At launch, ABC News will begin covering a rolling list of 18 compelling House, Senate and gubernatorial races across the country, touching on the storylines that will define the most competitive midterm in years. ABC News has assigned a reporter to cover each race, who will work directly with local TV and radio affiliate partners in each district or state. Click below for ABCNews.com reporting on the candidates, themes and issues in the network’s initial list of 18 races:

Some of the major themes ABC News will report on include: control of the House of Representatives and Senate; the establishment vs. the insurgents on both sides of the political spectrum; the future of jobs, healthcare, immigration, and border security; and the influx of women, minorities, and first-time candidates running for office. ABC News will report on the elections that will mark a nationwide referendum on President Donald Trump, shaping the course of the rest of his presidency and beyond.

ABC News will also interview 18-year-olds from across the country and facilitate conversations with their parents and grandparents to get inter-generational insights into their views on voting and the major issues of today. 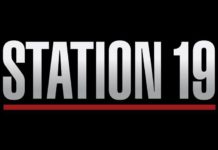