The Crossover, which debuted in 2014, returns with basketball doubleheaders on ESPN and ESPN2 on Wednesday, Feb. 14, featuring a mix of NBA and college basketball commentators on the call of each game.

On ESPN, tip off begins at 8 p.m. ET with NBA action as the Boston Celtics and Kyrie Irving host the LA Clippers and DeAndre Jordan. Dick Vitale and Mark Jackson will be the analysts on the call alongside play-by-play announcer Ryan Ruocco and sideline reporter Lisa Salters. The NBA nightcap spotlights the Golden State Warriors and Kevin Durant visiting the Portland Trail Blazers and Damian Lillard at 10:30 p.m. with analysts Bill Walton, who was the No. 1 overall pick in the 1974 NBA Draft by the Trail Blazers, and Doris Burke. Also on the call will be Dave Pasch and sideline reporter Cassidy Hubbarth.

The college basketball doubleheader begins at 7 p.m. on ESPN2 with an ACC matchup featuring Virginia Tech and No. 9 Duke. Mark Jones, Basketball Hall of Famer and former assistant coach for Duke (’69-72) Hubie Brown, lead college basketball analyst Jay Bilas and sideline reporter Maria Taylor will be the broadcast team. At 9 p.m., No. 24 Kentucky will take on No. 8 Auburn, with Adam Amin, analysts P.J. Carlesimo and Dan Dakich and sideline reporter Laura Rutledge calling the action. 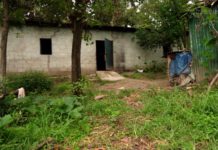 SC Featured Returns with Story About Football and California Wildfires